The ceiling shattered… and my daughter (and son) watched President Joe Biden and VP Kamala Harris take office. Inauguration Day 2021 is a day with history being made and lots of smiles. Not only do we have a new President, but we have a biracial woman from Oakland (Bay Area represent!) sworn in as the Vice President of the United States. What a way to break barriers. For me, it has brought so much joy to see two people that are so much more relatable hold these positions in the United States office than their most recent predecessors.  Especially Madame Vice President.  As a start, her parents emigrated from India and Jamaica. She is a mother. She is biracial. She is so much more and HERstory and the impact it will have on so many little girls (especially black and brown) in the future brings me so much joy.

She will be the first, but not the last! 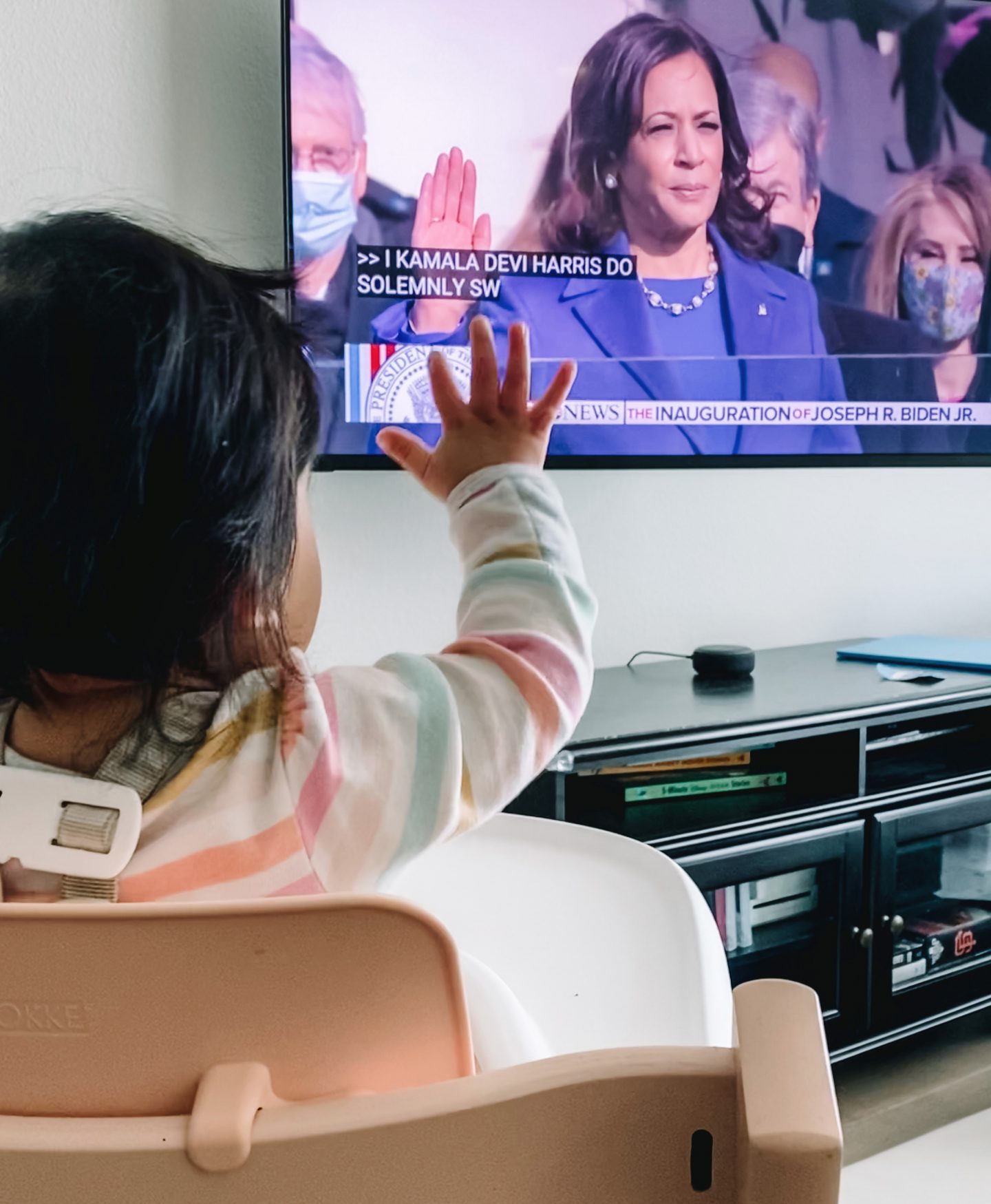 I’m so proud to be able to capture another moment and share it with London as history is made. It’s a small step in continuing to break the glass ceiling so that achievements like this are the norm as she grows up. Isn’t it crazy to think that she has witnessed history and made it to television all before she can walk?

Hope you enjoy it!