We’ve been laying low the past couple of days. I normally keep it pretty light on here (with the exception of talking about my brother’s passing to keep his memory alive), but I’m giving it all to you this Monday. Migs and I had the scariest day of our entire lives heading into the weekend. It was a tough thing and shook me badly. Writing and sharing this helps me process the magnitude of emotions we went through in the last 72 hours.

The day started off normal. After the kids had their early afternoon nap, we decided to go for a car ride to get them a fish tank in preparation for their first fish! Once we picked that up, we were going to make one more stop — the Halloween store to check out costumes for the kids!

While in the car for a few minutes, London was crying. It wasn’t out of the ordinary, especially since she hasn’t been in the car a lot during the entire pandemic. Suddenly she made a couple of weird noises I had never heard. Migs said he thought she was laughing, but to be fair he was also concentrating on driving.  I turned around to look at her reflection in the baby mirror.

My instincts told me something didn’t sound right.  Her eyes were open and gazing upwards, so I told him to pull over.

I went to check her and she was indeed making weird noises. One look at her and my stomach sank, my heart dropped, and I knew it was something bad. Total panic set in. I don’t even know how I was able to unbuckle her safety harness, but as I took her out I realized she was unresponsive. I immediately noticed saliva at her mouth. I initially thought she could be choking, but thankfully her lips and face weren’t blue. Actually, she was breathing but had clenched fists and open eyes. I screamed, “Something’s wrong!” to Migs over in the driver seat as I turned her over, putting her chest and belly down in the palm of my hand. I could tell she wasn’t tracking objects. I couldn’t get her to look at me and follow my eyes. She was in a gaze with her eyes wide open, unconscious-like.

Migs ran out of the car. I handed London to him and got my phone to call 911. We were on the side of the road, but thank God my amazing husband is quick thinking in a situation like this because he realized we were pretty much across the street from a hospital. Well, it was more of a U-turn and 2 blocks down situation, but every second counts in a moment like this. He was able to be rational and helpful at a time where it was hard for me to be, even when I knew he was just as concerned.

He looked at me as I was dialing for the paramedics and said, “Let’s drive there! Get back in!!” He handed her back to me as I jumped in the car and he sped off. I was telling 911 my location though, just in case.

So there we were, 5 minutes had passed, phone to my ear, and London in my arms like a rag doll. She was unresponsive and limp.  My heart broke not being to help her. Watching my 8-month-old baby unresponsive minute after minute is torture and the worst I’ve experienced.

We pulled up to the hospital, and as I quickly handed her to Migs she looked as if she was coming around for a split second. She looked so confused.

He ran in there quickly while I stayed with Nico. I also had another job to do, and that was to take my 3-year-old out of the car safely, keep him calm, get a mask on him (dang COVID!), and explain as best I could what was going on without crying (me, not him!). 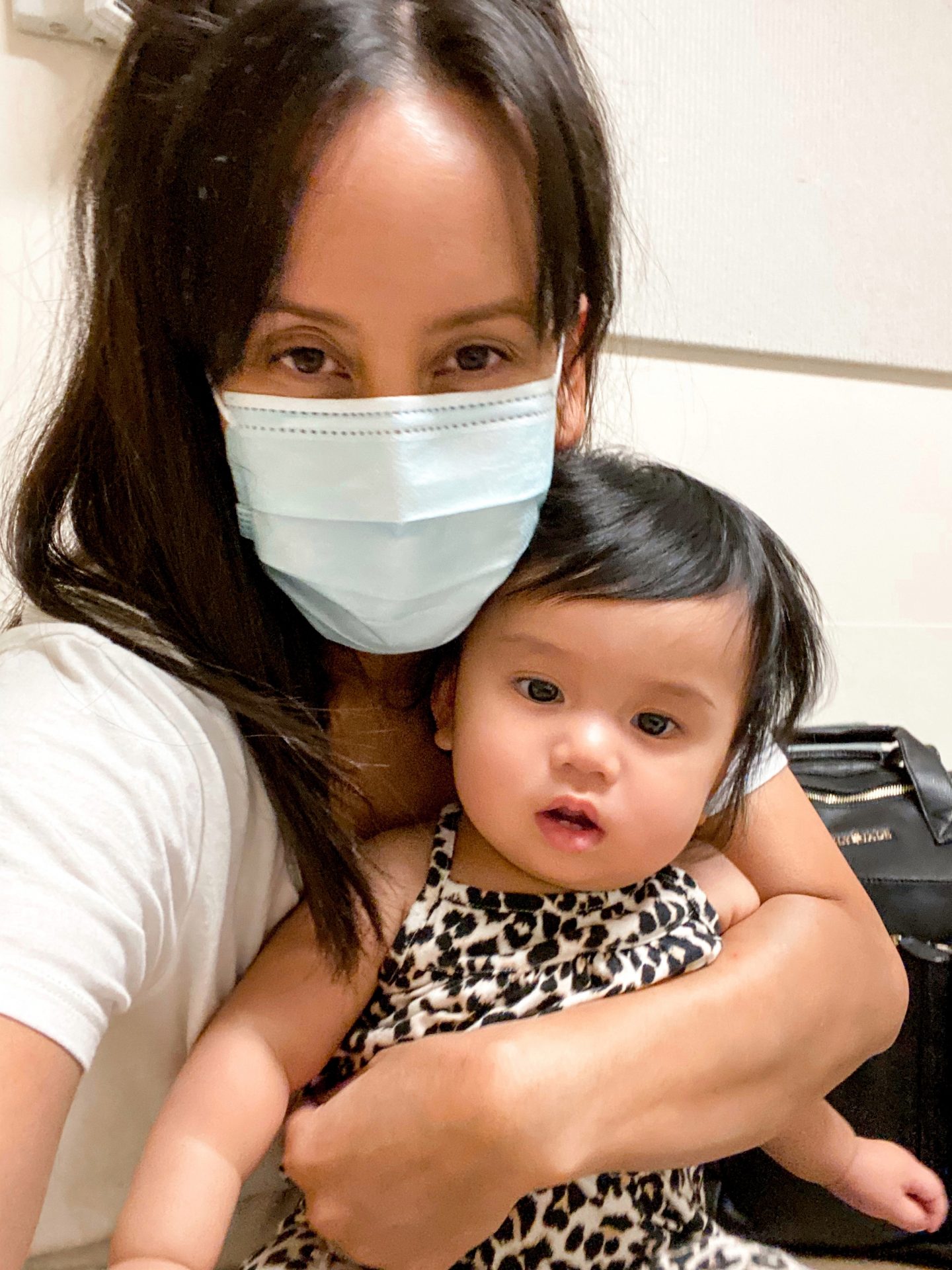 An hour or more flew by of examination and chatting with the doctor. This photo above was taken while the doctor stepped out for a minute.  He said London’s vitals looked normal. She did have a slight fever of 100°F that went away almost as soon as it showed up.

He believed she had a febrile seizure. A febrile seizure is caused by a sudden spike in body temperature. They occur in babies or young children with normal development without a history of neurologic symptoms. We’ve been told it is actually common. No damage done to her brain, thank God. It also doesn’t mean she has epilepsy. It’s actually “harmless.” 😧  After this entire incident, I look back and realize I’ve actually heard of febrile seizures in the past. I came across the term when Nico had his first fever. However, while in the urgency of this all, I was scared I was going to lose my child. I don’t have a medical background, and even then there was no way to tell what type of seizure was occurring because she never showed signs of a fever in the first place.

The doctor said if there was another episode within 24 hours then more tests would be warranted. Since London didn’t seem to have an ear infection, any lung issues, etc., he said there were a few other possibilities that could’ve caused the rise in temperature: a viral infection, a urinary tract infection, or even COVID-19! We still don’t have the exact answers, but she seems perfectly fine so we now suspect the fever was caused by teething!

She is back to her normal, playful self. She made it through the first 24 hours without another seizure which was important. It is Day 4 and so far she is still doing well! 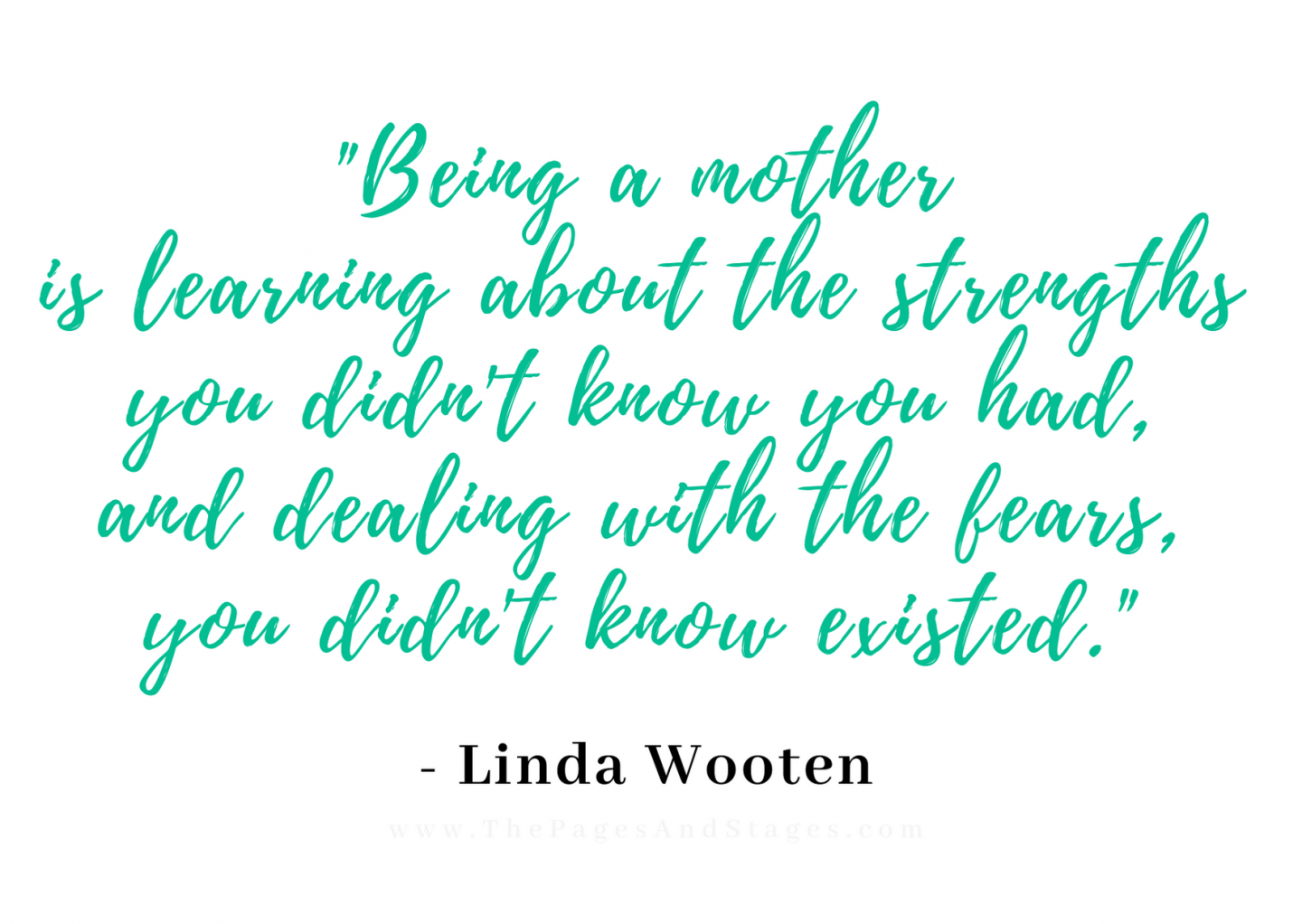 There are terrifying moments we go through as parents, and unfortunately, this one is ingrained in my brain forever. Sitting in the front seat holding my baby’s lifeless body was heart-wrenching.

I don’t think I slept a wink that night and probably won’t for a while so I can be on a careful watch. There are many things we want in this life, but the only thing I really need is for my family to be safe, healthy, and happy.  That is what is important to me. After such a dramatic incident, I am so thankful that it wasn’t anything more serious. My heart goes out to the parents who have a child in and out of a hospital.

We hear this a lot but hug and kiss your kids. Hug them tight. Migs will joke and say I’ve never had a problem doing either of those things. 😝 Soak in all the moments and the love you can get and give as much as you can. In our last days, all we will care about are those people we love most. Nothing else matters.

Being a mother is challenging and hard, but it is also the most rewarding and the most beautiful gift I’ve been given in my life. I will never take the responsibility of caring for my children lightly.

Have you ever found yourself in a situation like this with your little one? Please share below if you feel comfortable doing so!