It’s crazy to think about how life can change so quickly — overnight, in a week, in a month. Life was incredibly overwhelming for me in the last year.  I’ve embraced all the chaos, heartache, and everything in between. I’ve learned to let go of everything you think your life should look like, and celebrate it for all that it already is.

My heartache may someday be someone else’s hope. If I made it through, I believe someone else is going to make it though.

And because of this, I finally decided to open up and share my story.

In July 2019, my husband and I had our little family (raising and loving our beautiful, vibrant son who was almost 1.5 at the time) and we were planning for a second child.  It was a tough time for my family, though, because my brother had also been battling cancer for the last two years. Anyone who has “planned” for a child knows that things can never really go according to plan. Planning for a baby is stressful, and being alongside my brother during his cancer fight while doing so, doesn’t make for an ideal situation.

Trying to get pregnant and staying strong while my brother fought cancer felt like I was constantly negotiating with the universe.  My brother and I were close, so there was no question that I needed to be there to support him (physically at his bedside and also emotionally).  I was begging God and the universe for the perfect blend of factors that would allow me to bring some happier times to the family. If I were to get pregnant, my brother and family would love to have this breath of fresh air.

The thing was, I didn’t want to get pregnant at the wrong time. I get it — there is never really a “right time.” People think about all sorts of situations such as money being tight or maybe a promotion at work keeping you busy, but for me, I kept thinking that my brother will need me.  It was the fight of his life, and I HAD to be there. I had previously accompanied him to many of his radiation or chemo appointments, and I was able to give a lot of my focus to help him out.

When I found out I was pregnant, the hope of bringing a new life into this world kept me afloat.  I suspected I was almost six weeks along. About three to four days after finding out, my brother had been rushed to the Emergency Room for some complications, and he was in the hospital, yet again.  It was obvious my brother was not in good shape, but there was always hope. I had thought about that statement you always hear people say: Live life to the fullest with no regrets. So a few days later he seemed to be doing a little better, my husband and I were visiting him and we made the decision we would share the news that Saturday afternoon.  I know it was early, but I wanted to share. I had waited a full twelve weeks with my first child before telling anyone, but my brother was the first person we wanted to tell this second time!

We had that special moment with my brother alone, to tell him he was becoming an Uncle again and would be expecting another nephew or niece!

Two days later, it was mid-morning on a Monday, I received the news my brother would be going into hospice. By Thursday morning, he passed away with my family by his side. His funeral was held almost two weeks later.  Being submerged in grief over my brother’s death, there were many moments I forgot I was pregnant. However, there were also many moments I felt like being pregnant helped me quite a bit. And while it felt strange to be pregnant at his funeral, with no one else having any idea, the hope for new life; a baby on its way that my brother knew existed—

it kept me as strong as I could be.

I spoke at his wake and read his Eulogy, and held everything together for my brother and the health of my baby on the way. I had heard before that hope could stand for “hold on, pain ends” and that was something I was fully trying to take into my heart.

Losing a sibling is something in itself, but I had to take care of myself, too.  I went to the doctor for a scheduled appointment a few days after the funeral service. The ultrasound revealed there was no heartbeat.  As if I wasn’t already grief-stricken enough, I felt even more shattered. I never thought about this happening, and I’ll never forget the sad look on my husband’s face. How could I be kicked so hard when I was already down?

So there it was, my only brother and my 2nd baby — in the end, I lost them both.

I couldn’t believe I lost parts of my past, present, and future all in one week. And because the doctor was unable to detect a heartbeat, she said I should then expect the miscarriage to happen naturally within two weeks. If it didn’t happen naturally, then they’d have to either take a pill/hormone to force it, or have a D&C (Dilation and curettage procedure to have the fetus surgically removed).

So I waited…and that time was heart-wrenching.  My heart and soul was torn into tiny little pieces and crushed. Grieving the loss of this baby that I actually hadn’t even physically lost just yet was also torture.  I had no idea what to expect since I was no longer expecting. My brain tells me I’m no longer expecting, but my body tells me I’m still pregnant. And grieving the loss of my brother, as well, I was sobbing to no end.

It was the longest wait I’d ever had, next to my brother being in hospice and accepting he wasn’t going to make it.  About two weeks after, I had an incredibly painful and drawn out natural miscarriage. Everything slipped silently away to others.  The bleeding lasted six days (two of the days being quite painful), but I remember being surprised it was so physically painful because I already had the experience of birthing my first child.  Oh, but I was able to take ibuprofen even though the emotional pain was far greater than the physical.

I think the worst part about miscarriage is that you feel so alone, whether or not people know.

The doctor estimated I was probably about 9 or 10 weeks along when it happened.  My stomach was hollow, and my womb was empty, but I was full of emotion.

Experiencing one major loss didn’t shield me in any way against future losses.  These two truths intersected my life in a way that made me painfully aware I had no control over either situation. But, if they happened at separate times, it wouldn’t have been easier to deal with one at a time, would it? Going through a miscarriage is traumatic enough on its own, but because I had to deal with my brother’s death as well, I came to understand a deeper, less forgiving truth.  It was that life is not a series of hopes that are granted or denied, but it just comes down to biological forces we can’t control. A chromosomal abnormality that renders a fetus unviable is as random as my brother’s Sarcoma cancer.

Dealing with the death of a sibling and suffering a miscarriage are inherently different experiences, but that doesn’t mean I wasn’t allowed to grieve over either for as long as I needed to.  To add to the hardships, my dog of 14 years passed away about 4 weeks after, too.  I was 3 for 3 and couldn’t even start to think about the healing process. I was broken. 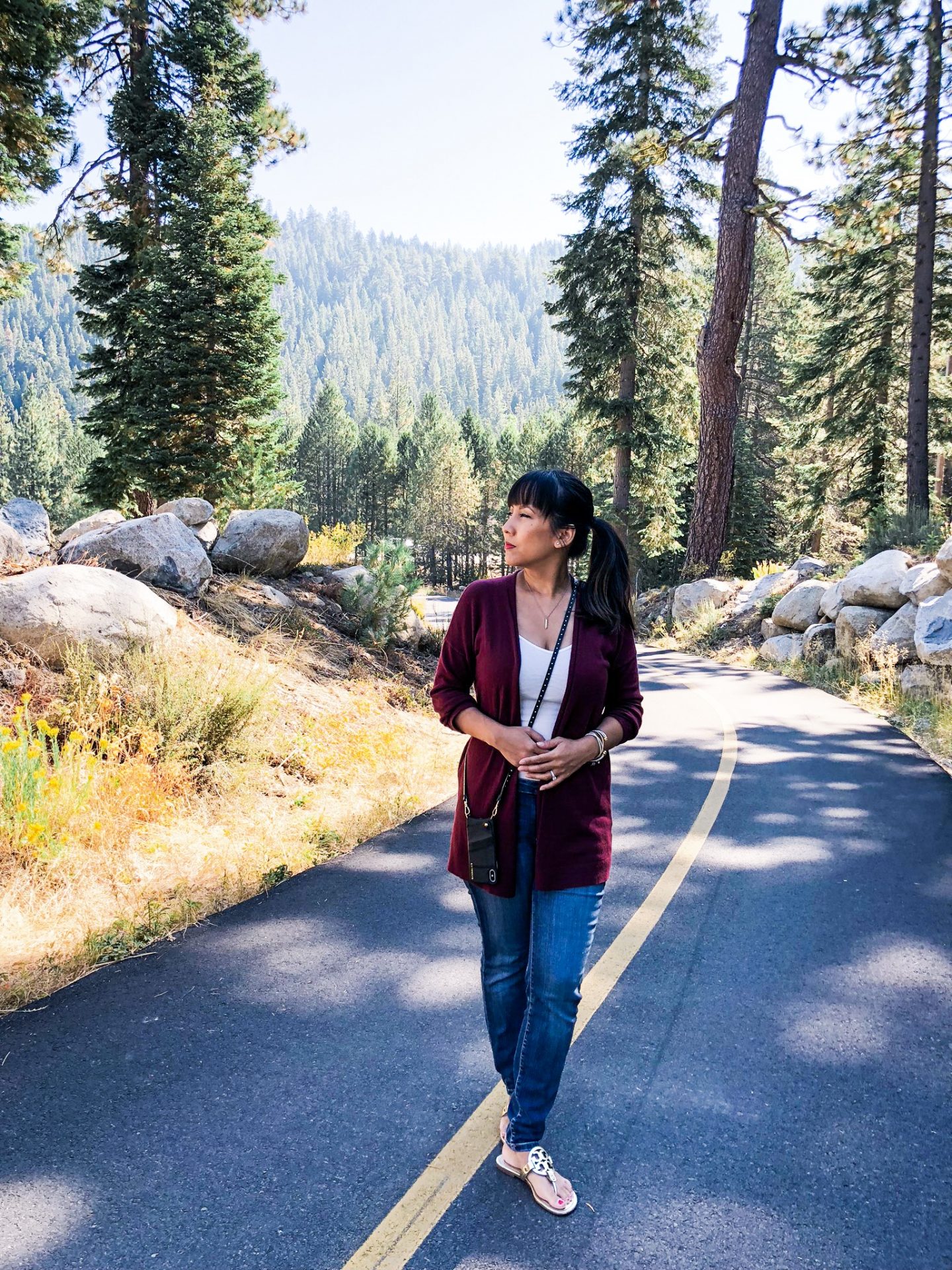 Recovery takes time, lots of it, and I’ve learned to be patient with myself and my healing. I’m still healing, and there is no time limitation on grief. Through this, I’m reminded that my body heals faster than my mind, heart, and soul.

Nothing made me recognize and appreciate those who genuinely cared for me than the loss of my brother. And nothing made me respect other women that have dealt with miscarriage than going through it myself because you know the pain of losing a baby and both the physical and emotional pain that comes along with it.

As far as my miscarriage, I know they are common and everyone has a different experience. It’s been just over a year, and I finally feel free enough to openly talk about this experience with everyone and anyone, not just those that were close with me.  At the time, I felt like I didn’t want to tell people because it would put them in an awkward situation and would make them feel uncomfortable not knowing what to say to me.  But why do some women feel that way? We didn’t even have control on our end.

It’s hard to grieve a hope and dream and harder when others didn’t even see that there was this loss of a baby. No one told me the intense emotions I’d have to go through about the loss of a life I never knew.

Others ignorance also caused me pain. I felt that some people downplayed it by just implying or saying, “You’ll get pregnant again,” as if to fast forward what I was currently going through.

“But I wanted THIS one!” is what repeated in my head. Especially because later on, I could’ve told this baby that his/her Uncle knew about him/her. I can’t help to think what might have been. My sister-in-law and brother were expecting their first baby, too.  The timing of that would have made my baby only one-month younger (My sister-in-law was due February 2019, and I was due March 2019).

And for those that didn’t even know I had a miscarriage, I had to continue to hear, “Are you thinking of having another?” If people only knew how insensitive and ignorant that is, even though it’s meant to be positive, they wouldn’t ask it. It is no one’s business and you never know what struggles someone may be facing.

Thankfully, I am beyond blessed to have a fantastic group of people who have prayed for me, let me vent, let me cry, and let me talk about my feelings with them when this happened. The sadness of both losses engulfs me still, but it has also brought me to a place of deep surrender, a place where love and letting go converge.

Then Comes Marriage – My …