Did you know that September is NICU (Neonatal Intensive Care Unit) Awareness Month?

My husband and I were right by my son’s side when he had to experience a stay in the neonatal intensive care unit. It is not something to take lightly. Because of this, I want to highlight all NICU patients, families, and health professionals, particularly in this month of September.

There are so many different circumstances in which a baby would have to stay in the NICU, from being premature, very sick, having breathing issues, just to name a few.

My son had to stay in the NICU after he was born. Our experience having our son in the NICU was by far probably so minimal compared to a numerous amount of babies because some babies have to stay months in there and my heart really goes out to these families.

Nevertheless, a NICU experience is not something any parent would want to experience.

NICU parents are worried, nervous, stressed out, and overwhelmed. It takes a lot of courage, love, and hope to have to see your baby that JUST came into the world, in the NICU.

My son and I were both released from the hospital, as normal, after his birth. My husband and I welcomed him home and we were more than thrilled to have our little family together our first night, just as any new parents would be. The next day we took him to his check-in appointment, and his blood tests showed that he had an excess of bilirubin, a yellow pigment of red blood cells. His pediatrician said he had jaundice, which usually occurs because a baby’s liver isn’t mature enough to get rid of bilirubin in the bloodstream.

Jaundice is a pretty common condition. Some of my family members had it when they were babies, so I had heard of it prior to becoming a mother.  Some preterm babies (born before 38 weeks) also have it, and considering I had my son (who was 5 lbs, 10 oz) right at the 37-week mark, I wasn’t surprised he was a candidate for jaundice. It seems to be more common in mixed or Asian babies, as well. Therefore, it was less than 24 hours and my son had to be re-admitted back into the hospital for a stay in the NICU for phototherapy. Phototherapy is used to help the body break down and eliminate the bilirubin levels in his blood through photo-oxidation.

It wasn’t how some parents have to see their babies with tubes and machines, but I still didn’t want to see him like this. His eyes forced to be covered and all I could think about was that he just came into this world. What if he wanted mommy and daddy or didn’t know we were there?! 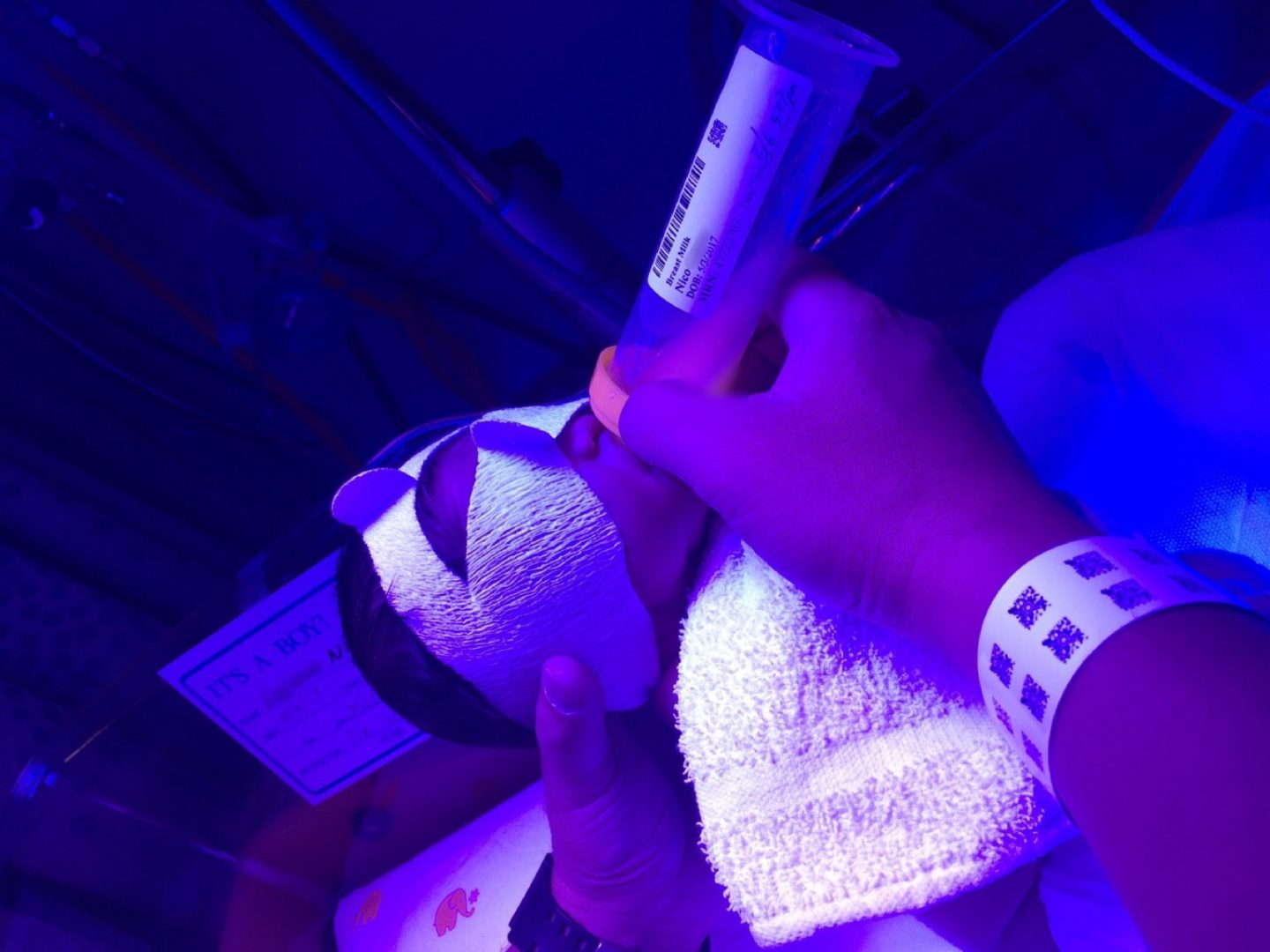 I remember first waiting for those double doors to be unlocked by the nursing staff in the NICU section. Walking in and scrubbing our hands, and then seeing all the tiny, fragile newborn babies, some just being hours old really puts a lump in your throat and makes your heart sink. The baby that my son was laying next to (my husband and I like to call him my son’s first friend) was placed in an incubator/warmer right after his birth to help control his temperature. It was just so agonizing to see my son, his friend, and all the rest of the newborn babies in their conditions. I cried.

So, thank you to the healthcare professionals that specialize in the NICU and take such special care of our babies. I’m sure some stories leave you or the families with heavy hearts – and parents leave with scars that will never heal. On the flip side of it, I’m sure you also see miracles and triumphs. For all of this, we are grateful that you provide and inspire hope in some of our scariest hours.

I’m grateful to say that my little guy is healthy and thriving today!

Parents — did you have to experience the NICU? I wish you all the best. 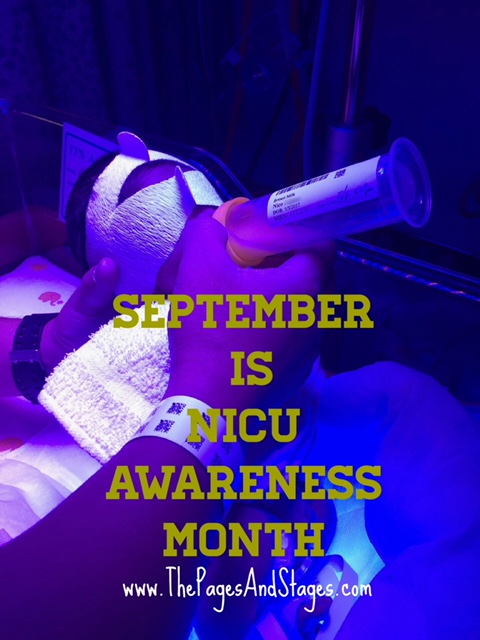