One week ago my husband and I celebrated our two year anniversary. We decided to keep it simple and go back to the winery where we got married and do some wine tasting with a dinner to follow up. 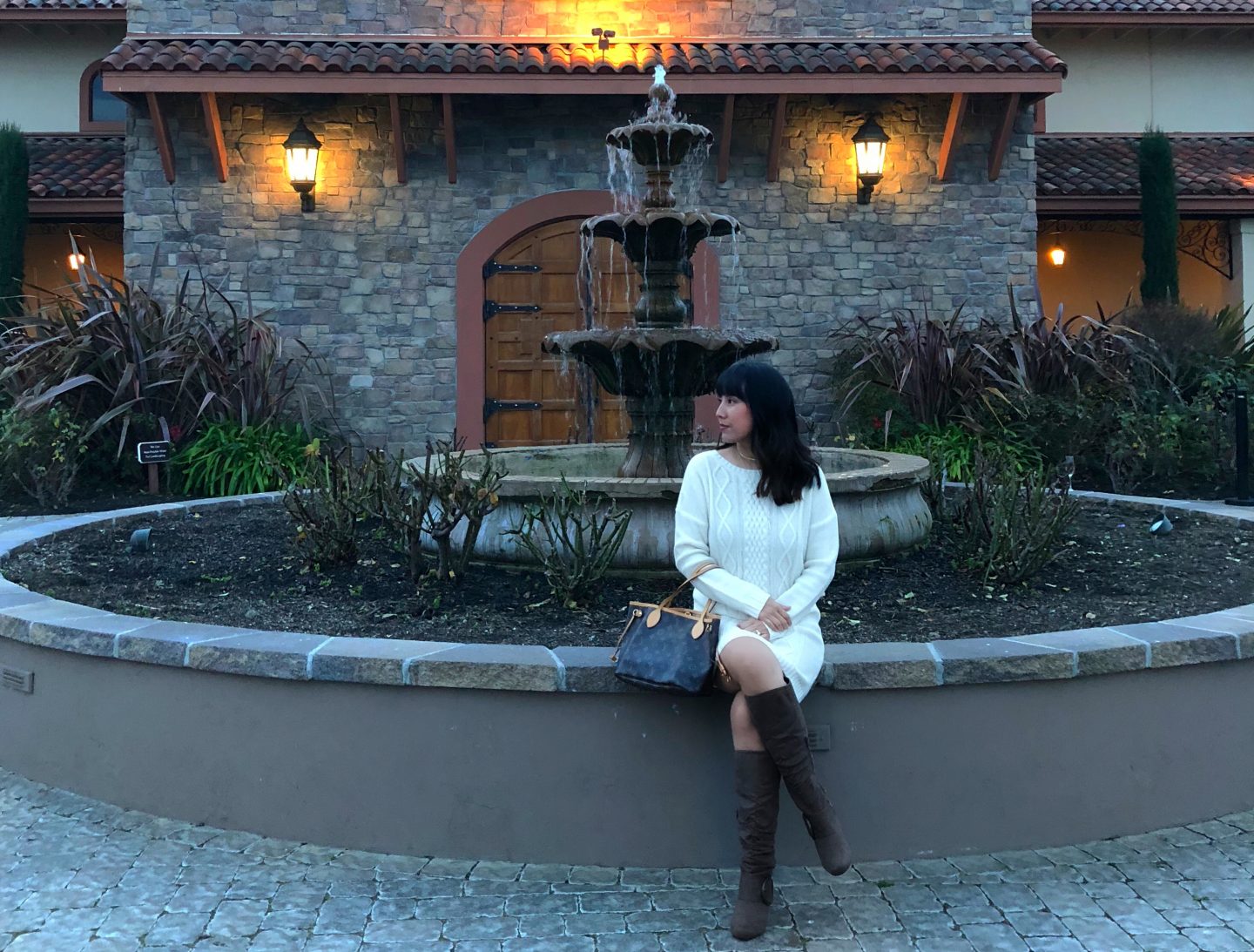 Being that winter in the San Francisco Bay Area usually consists of rain, fog, and/or cloudy skies, I decided to wear a cozy sweater dress paired with some suede boots! Plus it was our anniversary, so I figured I would be clever since we were going back to the “scene of the crime.”  What a perfect opportunity to wear something cream/ivory. Ha! Luckily the weather only had a crisp chill that cloudy night, so the outfit worked out and I didn’t have to worry about rain! The best part about this outfit is that it was just so quick and easy to throw on, and even more so allowing me to feel comfy while still being cute! 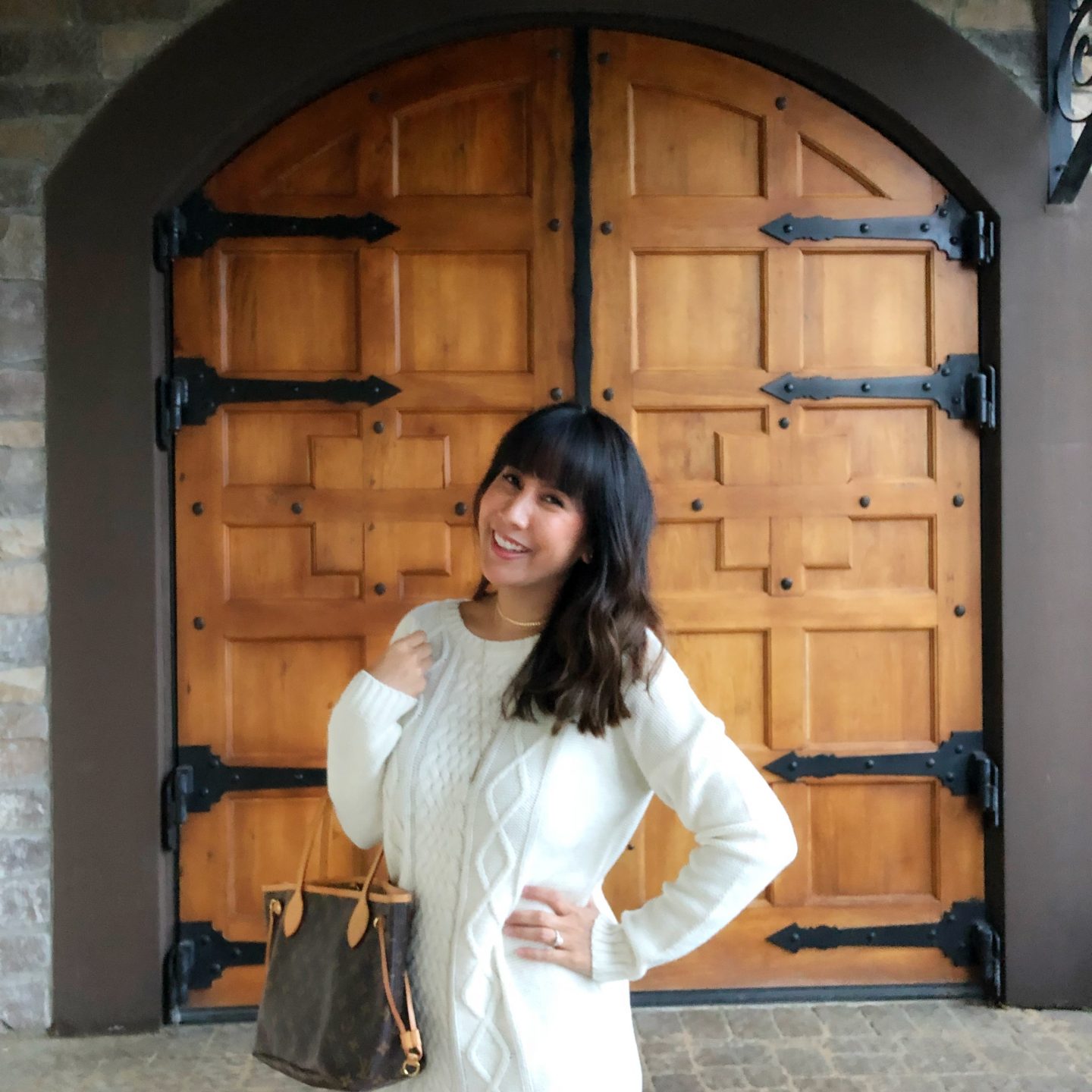 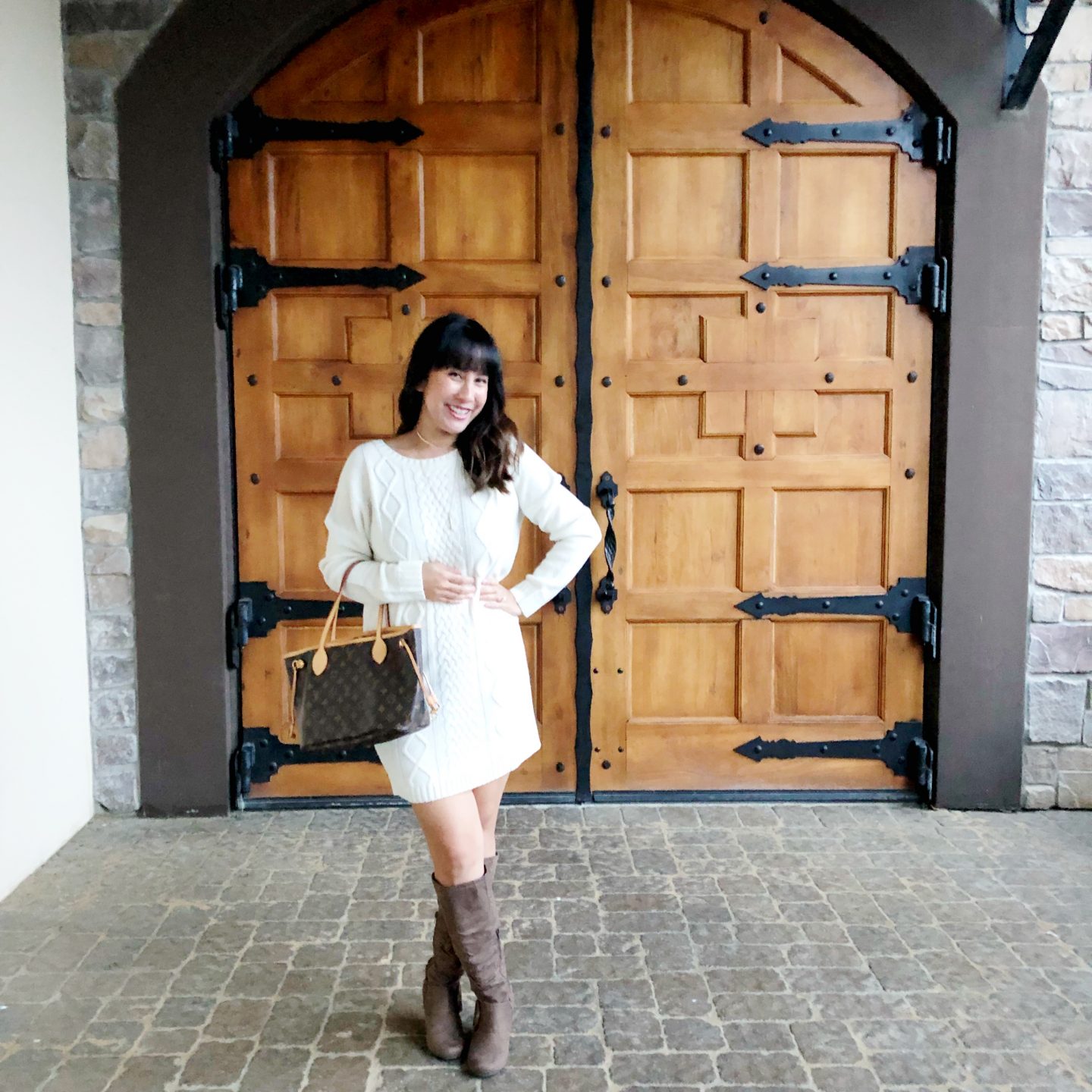 Because I’m a new mom, I wanted something where I could give minimal effort so I could 1) spend as much time as possible with baby before leaving him with our babysitter  2) get ready faster so I have more time with the hubby wine tasting and enjoying.  It’s all about maximizing my time nowadays!

I just love the pictures we took at the winery after the tasting because I was able to capture this same beautiful doorway I took a photo of in front of two years ago. I’ll post the wedding photo here below for reference. Same place, different day! Wedding and anniversary! Now do you see how excited I was to wear a cream/ivory sweater dress? 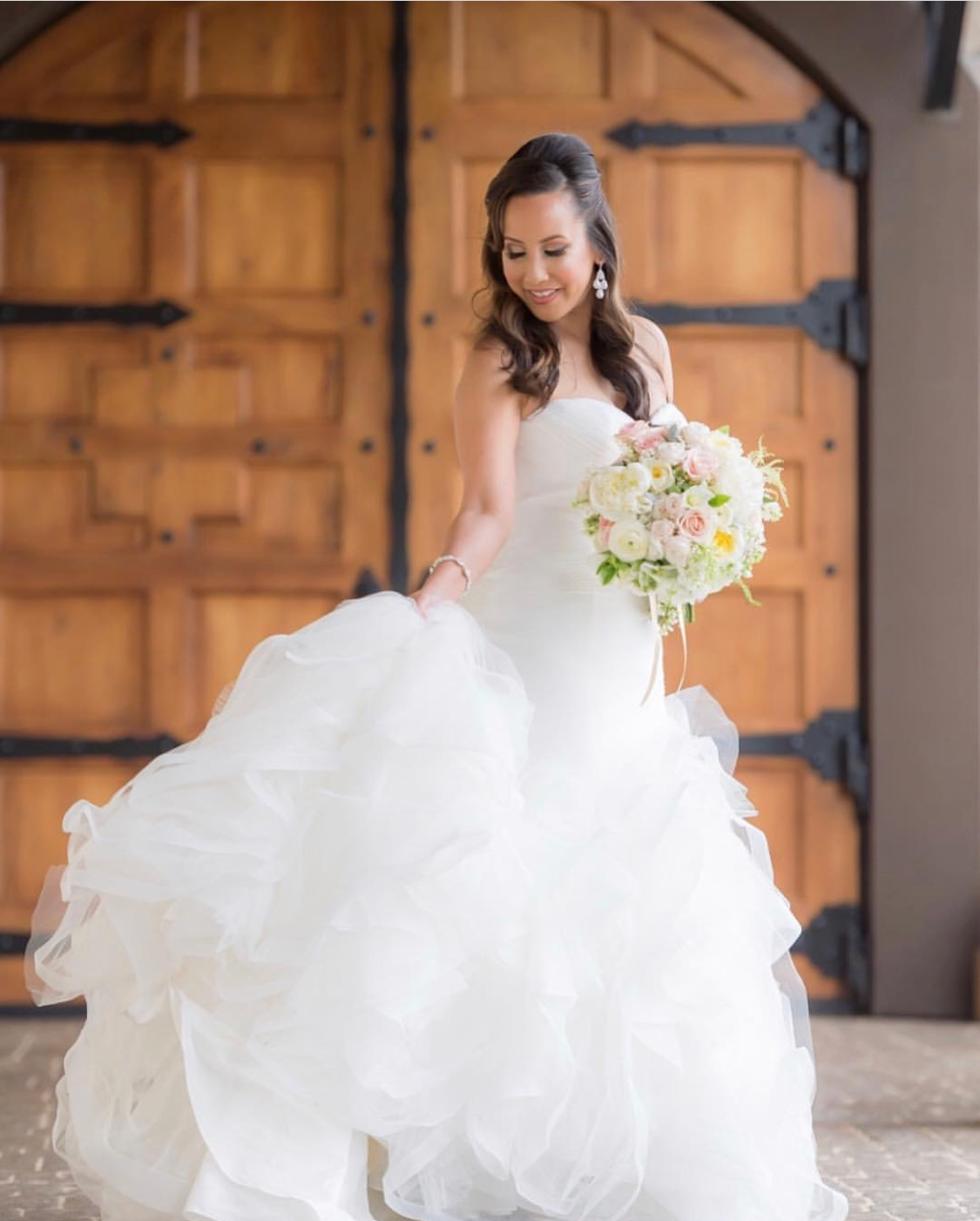 Details on the outfit:

The sweater dress was bought at NY&Co, but unfortunately it isn’t in stock any longer. The closest thing they currently have is the Soho Street Cable Knit Sweater Dress. However, there are so many options everywhere that are comparable. Saks Fifth Avenue has a cable knit sweater dress in two colors right now that are 60% off! Guess also has something similar called the Carey Sweater Dress which is a turtleneck style for $108 US dollars.

As for my boots, I had on something extremely similar to these Journee Collection Irene 1 Wedge Boot  from DSW. However, I am loving these Vince Camuto Madolee Over the Knee Boots though. Put a sweater dress with your favorite pair of boots and you’re set!

The last item is my Louis Vuitton Neverfull Classic Monogram in which I bough while I was in Switzerland a few years back. A classic staple like this goes with anything really!

It was a lovely night full of reminiscing, wine, and good food! Any ideas what we can do for our three year anniversary? Time flies when you’re having fun and before I know it, I’ll blink and it’s here!